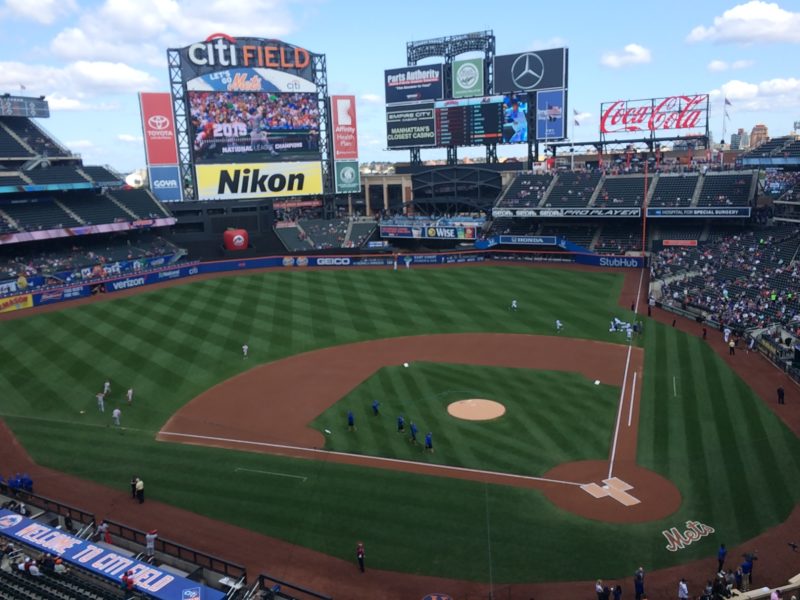 For all the issues the NYC Subway system has it remains one of the most convenient and affordable travel options throughout four of the five boroughs.  It’s been my primary mode of transportation to Mets games since I was a high school sophomore. Taking the subway has led to some late nights coming back from Queens. There is nothing quite like arriving at home around 2 am after a Mets playoff game when your alarm clock set for 7 am so you can jump back on the subway to work.  With these late nights and the age of my travel companion in mind I decided to drive Griffin to the second game of the Mets Rockies post All Star break series.  END_OF_DOCUMENT_TOKEN_TO_BE_REPLACED

I’ve always been interested in numbers. It’s why I became a Financial Analyst and enjoy balancing my checkbook. I love baseball because it’s rich in statistics, whether it’s ERA, xFIP, OPS+ or WAR the game is a treasure trove for fans like myself who continue to learn more about the game each day. END_OF_DOCUMENT_TOKEN_TO_BE_REPLACED

Earlier this week I wrote about how on occasion all the time spent following baseball and traveling to games is worth the investment. Tonight I am here to say next time you think about taking a day off of work to travel 13 hours round trip to watch a game… stay home and catch it on MLB Extra Innings or your local regional sports network.  On Thursday I traveled to New York via car, New Jersey Transit and Long Island Railroad to watch the final game of a three game series between the Mets and Diamondbacks. END_OF_DOCUMENT_TOKEN_TO_BE_REPLACED 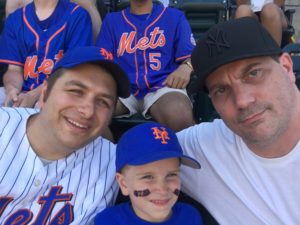 Once in NYC I took Griffin on a walk over to Grand Central Station to check out the famous station that is all of his train books.  Another book Griffin and I enjoy reading is the illustrated “Hello Mr. Met” by Rusty Staub. It follows Mr. Met through a day at Shea Stadium, the former home of the Mets.  I wanted to follow Mr. Met’s travel itinerary and take the 7 train out to Mets-Willets Point.  Despite having gone to close to 100 Met game I still get excited as the 7 rolls through Queens on the way to the game. END_OF_DOCUMENT_TOKEN_TO_BE_REPLACED 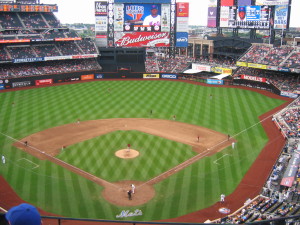 Ballpark Nerd recommends buying a MetroCard and taking the 7 train to Citi Field.  To this day I still get excited when those subway doors open at Mets-Willets Point.  Other public transit options include Bus, Long Island Railroad and on occasion Water Taxi. END_OF_DOCUMENT_TOKEN_TO_BE_REPLACED

April 28, 2012: Miami, Florida There are few instances in my life where procrastination has paid off. Waiting five years to share my Marlins Park experience is one of them. On Friday August 11th, Jeffrey Loria agreed to sell the Marlins to an … END_OF_DOCUMENT_TOKEN_TO_BE_REPLACED

May 23, 2010: Minneapolis, Minnesota Minnesota, Land of 10,000 Lakes and one of the finest ballparks in Major League Baseball. Target Field made its debut in 2010 and ushered in a return to open-air baseball for the Minnesota Twins. The Twins’ … END_OF_DOCUMENT_TOKEN_TO_BE_REPLACED

April 17, 2009: Queens, New York Since becoming a Mets fan in 1988, I’ve followed them through the highs and lows of the past 28 years. Unfortunately, the highs have not been as high as the lows have been low. This was on display during the Mets’ … END_OF_DOCUMENT_TOKEN_TO_BE_REPLACED

August 14, 2008: The District of Columbia Since MLB relocated and rebranded the Expos from Montreal in 2005, the Nationals have carved out a niche in the nation’s capital. The Nationals played their first three seasons in the District at RFK … END_OF_DOCUMENT_TOKEN_TO_BE_REPLACED