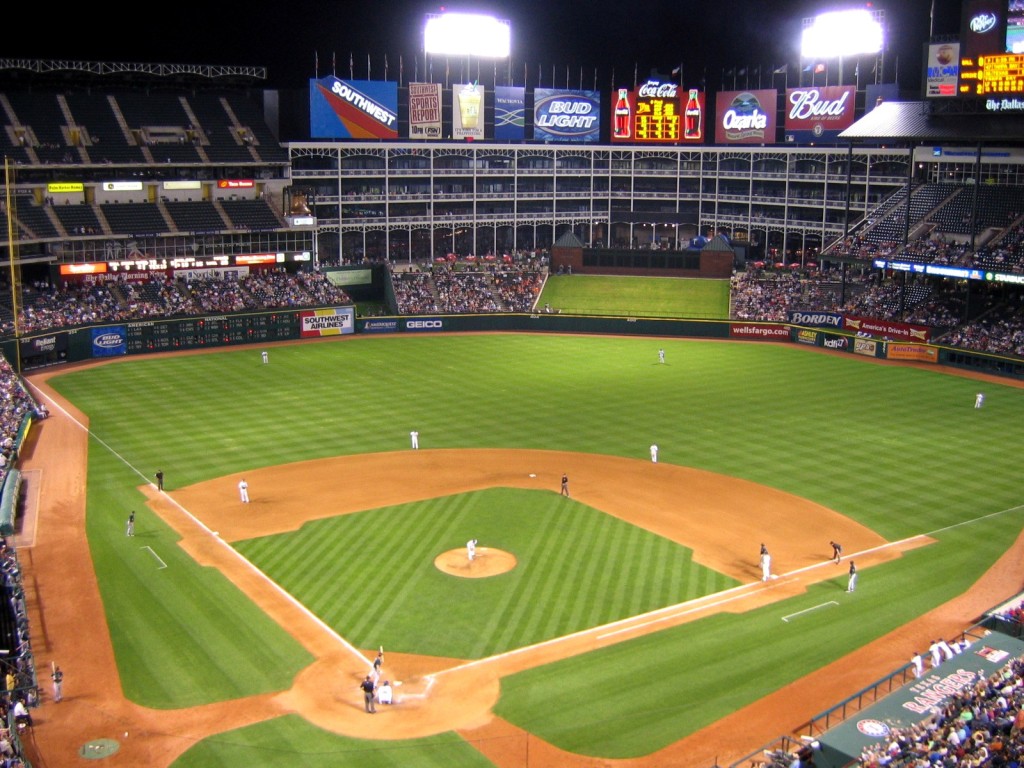 Everything is bigger in Texas, even the ballpark! Three retro-style ballparks are honored in the outfield, Tiger Stadium’s RF roofed home run porch, Ebbets Field’s CF nooks and crannies and Fenway Park’s LF wall. Fans have two more seasons to enjoy Globe Life Park before it is put out to pasture for a new retractable roof ballpark. 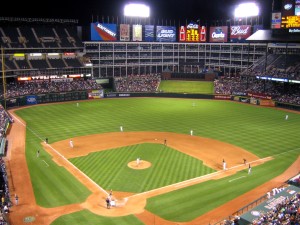 END_OF_DOCUMENT_TOKEN_TO_BE_REPLACED

Everything is bigger in Texas, even the ballpark. Built in 1994 as a mixture of Fenway Park (LF Green Monster), Ebbets Field (CF), and Tiger Stadium (RF Overhang HR Porch), Globe Life Park solidified Arlington, Texas as an entertainment giant in the Southwest. Globe Life Park was built in a sea of parking lots and concrete. There is little to do outside the ballpark pre- or post-game, but I was pleasantly surprised upon entering. I have made three visits to Globe Life Park and the name has changed each time: The Ballpark in Arlington (2003), Ameriquest Field in Arlington (2006), and Rangers Ballpark in Arlington (2007). The team was also sold in that interim from Tom Hicks, who made a few investments on and off the field that did not work out, most notably signing shortstop Alex Rodriguez to a 10-year, $252 million-dollar contract during the 2000 offseason. What followed were three consecutive last-place finishes and an erosion of interest in the Rangers, with attendance dropping from 2.8 million to 2001 to 2 million in 2003. I will admit to being an Alex Rodriguez fan, following his career and investing in his memorabilia, and am happy to say that I was in attendance for one of his last games as a Ranger. END_OF_DOCUMENT_TOKEN_TO_BE_REPLACED

April 28, 2012: Miami, Florida There are few instances in my life where procrastination has paid off. Waiting five years to share my Marlins Park experience is one of them. On Friday August 11th, Jeffrey Loria agreed to sell the Marlins to an … END_OF_DOCUMENT_TOKEN_TO_BE_REPLACED

May 23, 2010: Minneapolis, Minnesota Minnesota, Land of 10,000 Lakes and one of the finest ballparks in Major League Baseball. Target Field made its debut in 2010 and ushered in a return to open-air baseball for the Minnesota Twins. The Twins’ … END_OF_DOCUMENT_TOKEN_TO_BE_REPLACED

April 17, 2009: Queens, New York Since becoming a Mets fan in 1988, I’ve followed them through the highs and lows of the past 28 years. Unfortunately, the highs have not been as high as the lows have been low. This was on display during the Mets’ … END_OF_DOCUMENT_TOKEN_TO_BE_REPLACED

August 14, 2008: The District of Columbia Since MLB relocated and rebranded the Expos from Montreal in 2005, the Nationals have carved out a niche in the nation’s capital. The Nationals played their first three seasons in the District at RFK … END_OF_DOCUMENT_TOKEN_TO_BE_REPLACED