Only on this day it was a little different…..

I grew in San Diego and baseball was my second favorite sport until I was 11.  I played baseball and collected my diamond heroes on card board clippings as many young men have for over a hundred years. The World Series that year featured the Los Angeles Dodgers vs. the New York Yankees, and from that time on I’ve been a fan of the Bronx bombers.  For the most part San Diegans hate everything LA, except Disneyland, Pinks hot dogs, and a few relatives who live there. During that World Series a Yankee fan was born. That story is for another day, today I want to take you back to my college years in Seattle.

I moved to the Northwest late in High School and with most of my athletic days behind me, I became a full blown sports fanatic. Football, baseball, basketball, hockey, and tennis I loved them all. When the Mariners were home, I’d head over to the Kingdome to watch one of my favorite players of all time, Ken Griffey Jr. “the Kid”.  During a homestand in the 1990 or 91 season, I arrived early with a Nerf football in my bag. Back 25-26 years ago security at Ballparks and Stadiums was lax, today the story would stop here. 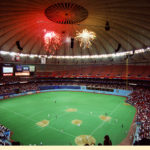 During Griffey’s pregame warm up he would run sprints to the wall from the Right Field foul line and then play catch with Bones, Jay Buhner.Normally I would be trying to coax players into throwing me a ball during batting practice of checking East Coast scores, but for some reason I pulled the Nerf football out of my bag and motioned to the Kid to go out for a pass. Which to my surprise he did! Now I’m no Dan Fouts or Philip Rivers, but I was a 3rd string Quarterback in High school and I could throw the ball. As most of you know, Griffey Jr. could run like a gazelle, I launched it, (keep in mind I am 20 feet above him in the stands) the ball sailed about 70 yards with a tight spiral, and in time he caught it over the shoulders, a la Lynn Swan and as gracefully as a ballet dancer. 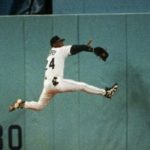 The few fans on hand roared and for a brief moment I felt like I was winning the championship game at the end of a movie. I hope I didn’t bore you with one of my fondest sports moments, long live Baseball and the Kid who helped make it happen.

April 28, 2012: Miami, Florida There are few instances in my life where procrastination has paid off. Waiting five years to share my Marlins Park experience is one of them. On Friday August 11th, Jeffrey Loria agreed to sell the Marlins to an … END_OF_DOCUMENT_TOKEN_TO_BE_REPLACED

May 23, 2010: Minneapolis, Minnesota Minnesota, Land of 10,000 Lakes and one of the finest ballparks in Major League Baseball. Target Field made its debut in 2010 and ushered in a return to open-air baseball for the Minnesota Twins. The Twins’ … END_OF_DOCUMENT_TOKEN_TO_BE_REPLACED

April 17, 2009: Queens, New York Since becoming a Mets fan in 1988, I’ve followed them through the highs and lows of the past 28 years. Unfortunately, the highs have not been as high as the lows have been low. This was on display during the Mets’ … END_OF_DOCUMENT_TOKEN_TO_BE_REPLACED

August 14, 2008: The District of Columbia Since MLB relocated and rebranded the Expos from Montreal in 2005, the Nationals have carved out a niche in the nation’s capital. The Nationals played their first three seasons in the District at RFK … END_OF_DOCUMENT_TOKEN_TO_BE_REPLACED