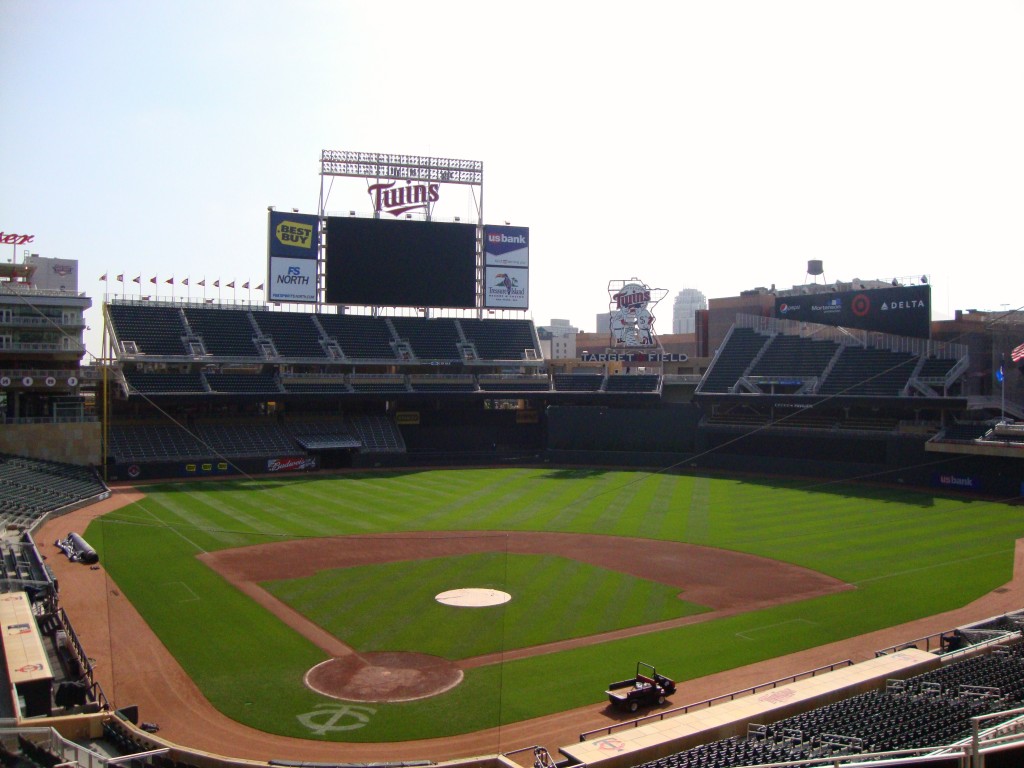 Built on an 8-acre plot of land, nestled into downtown Minneapolis Target Field offers the modern amenities fans expect with a hat tip to Minnesota’s surprisingly vast baseball history. The Twins shared their home with the Minnesota Vikings for 49 years before moving in to the modern open-air ballpark in 2010. Target Field’s unique features include the Minnie and Paul celebration sign in CF and a Rain Water Recycle System that captures, conserves, and reuses rain water. 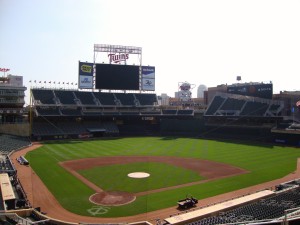 END_OF_DOCUMENT_TOKEN_TO_BE_REPLACED

Minnesota, Land of 10,000 Lakes and one of the finest ballparks in Major League Baseball. Target Field made its debut in 2010 and ushered in a return to open-air baseball for the Minnesota Twins. The Twins’ previous home, the Hubert H. Humphrey Metrodome, was a multipurpose indoor stadium with a sterile feel. Despite being low on the ballpark rankings, the Metrodome’s Teflon roof and rabid fan base provided the Twins a home field advantage throughout their 1987 and 1991 World Series runs, winning all eight home games. During my visit to the Metrodome in 2005, I was surprised by the amount of fans I spoke to who wanted the Twins to move to an open-air ballpark, one that did not include a retractable roof. That’s Minnesota tough. END_OF_DOCUMENT_TOKEN_TO_BE_REPLACED

April 28, 2012: Miami, Florida There are few instances in my life where procrastination has paid off. Waiting five years to share my Marlins Park experience is one of them. On Friday August 11th, Jeffrey Loria agreed to sell the Marlins to an … END_OF_DOCUMENT_TOKEN_TO_BE_REPLACED

May 23, 2010: Minneapolis, Minnesota Minnesota, Land of 10,000 Lakes and one of the finest ballparks in Major League Baseball. Target Field made its debut in 2010 and ushered in a return to open-air baseball for the Minnesota Twins. The Twins’ … END_OF_DOCUMENT_TOKEN_TO_BE_REPLACED

April 17, 2009: Queens, New York Since becoming a Mets fan in 1988, I’ve followed them through the highs and lows of the past 28 years. Unfortunately, the highs have not been as high as the lows have been low. This was on display during the Mets’ … END_OF_DOCUMENT_TOKEN_TO_BE_REPLACED

August 14, 2008: The District of Columbia Since MLB relocated and rebranded the Expos from Montreal in 2005, the Nationals have carved out a niche in the nation’s capital. The Nationals played their first three seasons in the District at RFK … END_OF_DOCUMENT_TOKEN_TO_BE_REPLACED