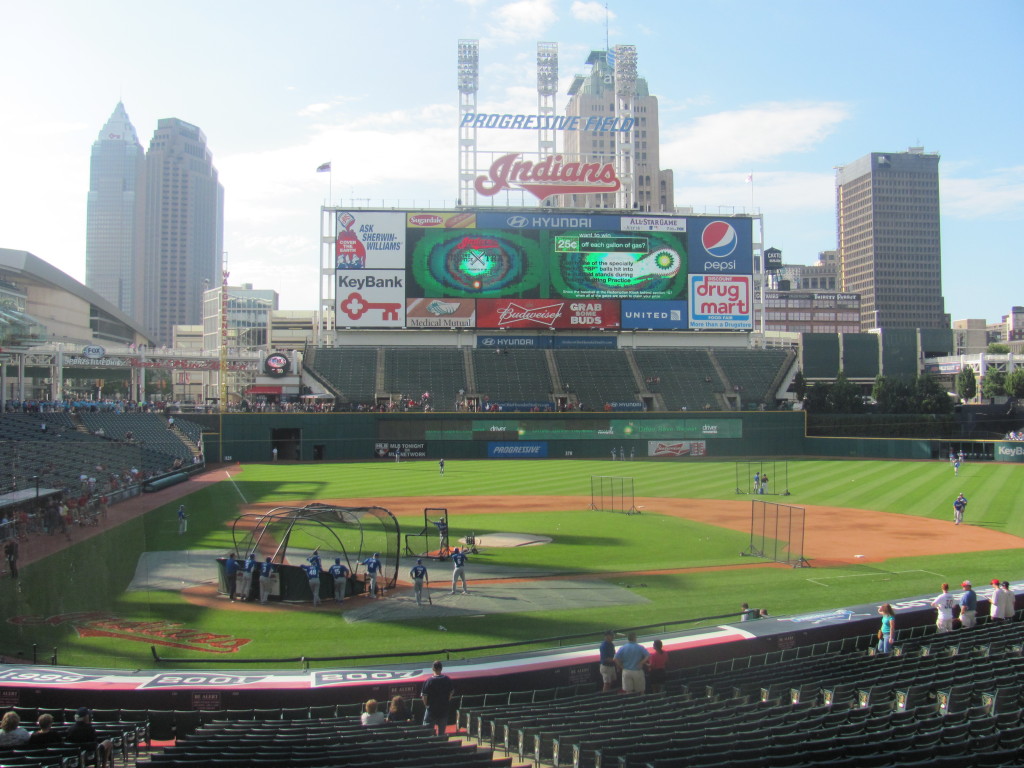 Opened in 1994 to replace the infamous “Mistake by the Lake” Progressive Field, previously named Jacobs Field, was the final piece to the Indians rebuild. After the strike-shortened 1994 season, the Indians ran off five consecutive Central Division titles and a 455 game sell-out streak at the Jake. However since 2002 the Indians have had trouble drawing crowds to their downtown retro-styled ballpark due in part to the poor economic conditions of Northeast Ohio, averaging less than 20,000 fans the past 4 seasons. The Indians have made renovations to Progressive Field to try and compensate for some of the lost attendance by creating more fan-friendly amenities like Heritage Park in CF, a Party Deck in RF and a Kids Clubhouse in an area once utilized for Suite seats.

April 28, 2012: Miami, Florida There are few instances in my life where procrastination has paid off. Waiting five years to share my Marlins Park experience is one of them. On Friday August 11th, Jeffrey Loria agreed to sell the Marlins to an … END_OF_DOCUMENT_TOKEN_TO_BE_REPLACED

May 23, 2010: Minneapolis, Minnesota Minnesota, Land of 10,000 Lakes and one of the finest ballparks in Major League Baseball. Target Field made its debut in 2010 and ushered in a return to open-air baseball for the Minnesota Twins. The Twins’ … END_OF_DOCUMENT_TOKEN_TO_BE_REPLACED

April 17, 2009: Queens, New York Since becoming a Mets fan in 1988, I’ve followed them through the highs and lows of the past 28 years. Unfortunately, the highs have not been as high as the lows have been low. This was on display during the Mets’ … END_OF_DOCUMENT_TOKEN_TO_BE_REPLACED

August 14, 2008: The District of Columbia Since MLB relocated and rebranded the Expos from Montreal in 2005, the Nationals have carved out a niche in the nation’s capital. The Nationals played their first three seasons in the District at RFK … END_OF_DOCUMENT_TOKEN_TO_BE_REPLACED