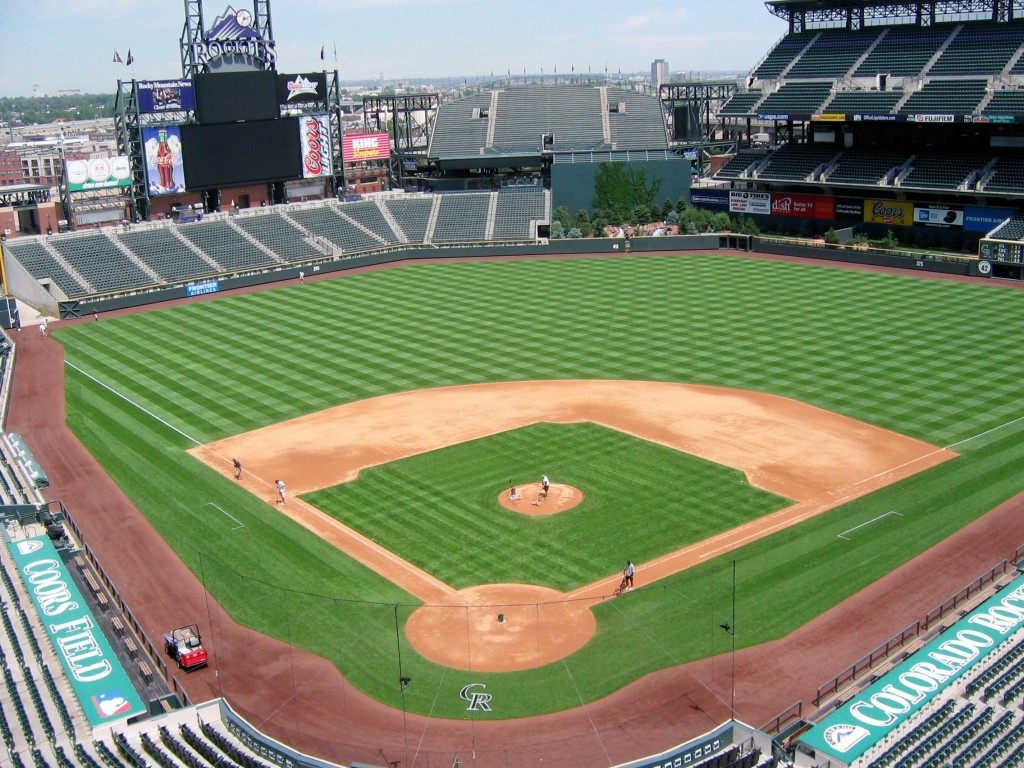 Best known for its’ high scoring games, Coors Field is also one of the most underrated ballparks in MLB. The purple row of seats in the Upper Reserve marks the Mile High mark, honoring Denver’s nickname. The retro-classic style ballpark, which is currently the National League’s 3rd oldest, fits well into historic LoDo Denver. Fans traveling to Denver should mindful of the elevation as it does take some time to get used to. 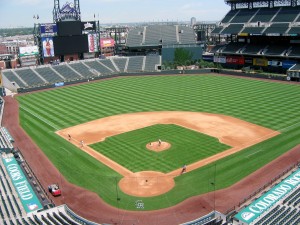 Thermal undershirts, long johns, gloves, wool hats, snow boots, down jackets and baseball. Which of these does not fit?  Sure, most would say baseball, but the fans in attendance at Coors Field on Opening Day 1995 would think it’s a trick question. Welcome to baseball in the Mile High City.

April 26, 1995. After spending their first two seasons at Mile High Stadium, the Colorado Rockies opened Coors Field to 40-degree temperatures and a full house. The Coors Field opener was originally scheduled for 1pm Mountain Time, but thanks for the folks at ESPN, who moved the game to 6pm, fans had to endure a 14-inning marathon that ended with Dante Bichette’s three-run home run. Rockies 11, Mets 9; temperature 26 degrees! END_OF_DOCUMENT_TOKEN_TO_BE_REPLACED

April 28, 2012: Miami, Florida There are few instances in my life where procrastination has paid off. Waiting five years to share my Marlins Park experience is one of them. On Friday August 11th, Jeffrey Loria agreed to sell the Marlins to an … END_OF_DOCUMENT_TOKEN_TO_BE_REPLACED

May 23, 2010: Minneapolis, Minnesota Minnesota, Land of 10,000 Lakes and one of the finest ballparks in Major League Baseball. Target Field made its debut in 2010 and ushered in a return to open-air baseball for the Minnesota Twins. The Twins’ … END_OF_DOCUMENT_TOKEN_TO_BE_REPLACED

April 17, 2009: Queens, New York Since becoming a Mets fan in 1988, I’ve followed them through the highs and lows of the past 28 years. Unfortunately, the highs have not been as high as the lows have been low. This was on display during the Mets’ … END_OF_DOCUMENT_TOKEN_TO_BE_REPLACED

August 14, 2008: The District of Columbia Since MLB relocated and rebranded the Expos from Montreal in 2005, the Nationals have carved out a niche in the nation’s capital. The Nationals played their first three seasons in the District at RFK … END_OF_DOCUMENT_TOKEN_TO_BE_REPLACED